Why Do We Keep Accepting Failure in B2B Technology Sales? 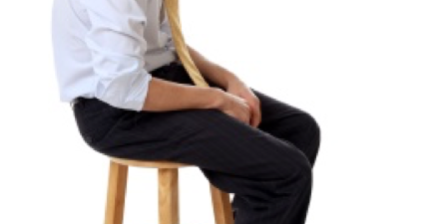 Why Do We Keep Accepting Failure in B2B Technology Sales?

The statistics are sobering and can actually be downright depressing. Well regarded industry analysts keep sharing their research findings on the current state of B2B technology sales…and we’re failing. Badly.

While it’s been awhile since I was last in school, the letter grade “F” was scored for student performances ranging between 0% – 59%. And when a student failed a class they were required to take it over as they did not demonstrate basic comprehension of the class subject matter. And an “F” is rather deleterious to a student’s grade point average (GPA). Because 0.0 acts like a huge boat anchor rapidly sinking your cumulative GPA down to the bottom of the ocean.

Let be clear on this point, when I see sales reps failing to make quota at an alarmingly low rate…I blame the coaches or sales leadership, not the sales reps themselves. Just as you would blame a school teacher who has a significantly higher student failure rate than the teacher average in their school system. Teachers get measured and their performance is evaluated every single year. Shouldn’t a sales manager/coach be held accountable for the performance of their sales team every year?

Let’s examine what some of the reasons could be for the declining sales quota attainment and what some possible solutions could be. One of my favorite questions to ask a VP of Sales is: “How do you determine your sales rep’s annual quota?” Prior to asking this question, it’s always a good idea to turn down your bullshit detector because it will go off as soon as their response commences. Typically, you’ll hear responses with these quota basis points bandied about:

So where can you start calling bullshit on the answers in the bullet points above? If the company is a start-up, there is not historical data or the sales performance data is limited at best. And my statistics professor from college is still ringing in my head with his catch phrase: “Remember Steve! It is not statistically relevant if the sample size is not large enough.” Thus, you should not base quota solely on limited sales historical performance data because it won’t be a large enough sample size to be statistically relevant. For you geeks out there like me, here is the actual definition complete with examples: https://www.surveysystem.com/sscalc.htm

The next area that you can probe into is the projected ramp up time to full productivity for a new sales rep. How many new sales reps are they planning on hiring next year? How many sales reps do they anticipate will quit or be fired next year? How do they define what a “fully ramped up” sales rep means? How have they historically measured that? Again, do they have a large enough sample size to ensure that their statistical confidence interval in the new sales ramp up time period is actually valid.

In my experience, the new sales rep ramp up time period is almost always a made up number that is not based on the real world experience. I also find that most companies and heads of sales do not have a fleshed out definition of what a fully ramped sales rep means and therefore no objective way to measure it. This new sales rep ramp up fallacy also happens due to the cat and mouse game that start-ups play with their investors.

There is tremendous pressure on sales leadership to grow revenues and scale as fast as possible. The Venture Capitalists have their spreadsheets and models at the ready to give the portfolio company VP of Sales “guidance” on what their sales performance expectations are. And the reality is that the VP of Sales knows that if they build their sales model projections on what the actual ramp up period is, their VCs and board would find those numbers unacceptable. So, they tend to back into the number with a ramp up time period that supports achieving the VCs sales expectations. And that is the start of how you create a quota plan that is not based in reality.

I was a long time VP of Sales for several fast growing software start-ups. And I had to create quotas for brand new sales organizations going to market for the first time selling to large enterprise companies. Sometimes the company that I was part of was building a new market where there wasn’t any trend data that we could leverage. I had to creatively come up with a quota plan for my sales team. I couldn’t just tell the Board that I couldn’t give them an annual sales number that we would produce.

Often there was “guidance” from the VC board members who shared sales performance data based on other portfolio companies that were supposedly similar to us. And then the negotiation begins…their initial annual quota “guidance” is really high for the VP of Sales and the number that the VP of Sales wants to come in at is considered really low by the Board. So, no matter what any VP of Sales tells you, if they just closed a significant “C” or “D” VC funding round, the annual quota plan will absolutely be heavily influenced by their VCs.

They believe that by having a simple definition of what “fully ramped” means and measurable objective criteria, they’ll now be able to accurately figure out what their real new sales rep ramp up timeframe is starting with all of their new sales team hires in 2018.

Allow me to share one real world anecdote that I heard yesterday from a long time friend and successful VP of Sales. He was the VP of Sales for two (2) start-ups that were competitors for 13 straight years. He co-founded the second one and leveraged all the lessons learned from his first experience into the second company.

He knew precisely the hiring profile for the sales reps that would likely be successful selling their software to their customers. He developed a ruthlessly efficient on boarding and training program. 80% of his sales team achieved quota or over quota for 4-5 years running. They had very low sales turnover because people were happy, the sales team loved working for my friend. In short, he was a great sales leader and highly effective.

They ended up selling their company for a great multiple to a large, Fortune 1000 technology company. They wanted my friend to continue running sales due to his success and track record and he now reported to a new boss. The new boss and my friend went through the cat and mouse negotiating game over what the new year annual sales quota plan would be. To hit the sales number that they eventually agreed upon, my friend told his new boss exactly how many new sales reps he would need to hire and when he would need to hire them to factor in the ramp up time period. She agreed to the plan that he proposed.

Then when it came time for him to open the job requisitions for the new sales reps he needed to hire, the parent company had a hiring freeze in place. He was told by his new boss that there were no exceptions and she could not approve his job requisitions. He reminded her that this would have a downstream effect on their revenues in the second half of the new year due to the ramp up period. She said she understood and they ended the conversation.

At the midpoint of their fiscal year, he flew to their corporate HQ for a meeting with his new VP of Sales and the President of the parent company. There were about 6 key lieutenants in the room and the President said: “I need a commitment from you that we will hit the forecasted annual plan numbers for the rest of the year. Our stock price has taken a hit lately because we’ve missed our quarterly earnings numbers and the analysts are down on us. We have to hit our numbers for the next two quarters and I need your commitment that you will.”

To which my friend responded: “I can’t make that commitment because we won’t hit our forecasted plan numbers. I had this conversation with my VP of Sales (seated at the table and everyone’s eyes turn towards her) three months ago when she declined to approve my open sales positions that were part of the plan.” So, the President replies: “Isn’t there a way that you can accelerate the hiring and ramp up to make up the difference.” And my friend replied: “No, there is not a natural way possible to compress the new sales rep ramp up time, building new sales pipeline in their territories and have deals go through the natural sales cycle length that our deals require.”

My friend flew home after this very unpleasant meeting and was fired a week later. The only time in his life that he’s ever been fired from a job. As a side note, he swore that he will never work for a large company again complete with all their politics and quota game playing. That’s good because we’ll keep him in the fast growing start-up world where he is a superstar sales leader and continues to be one.