What is the Most Challenging Sale? 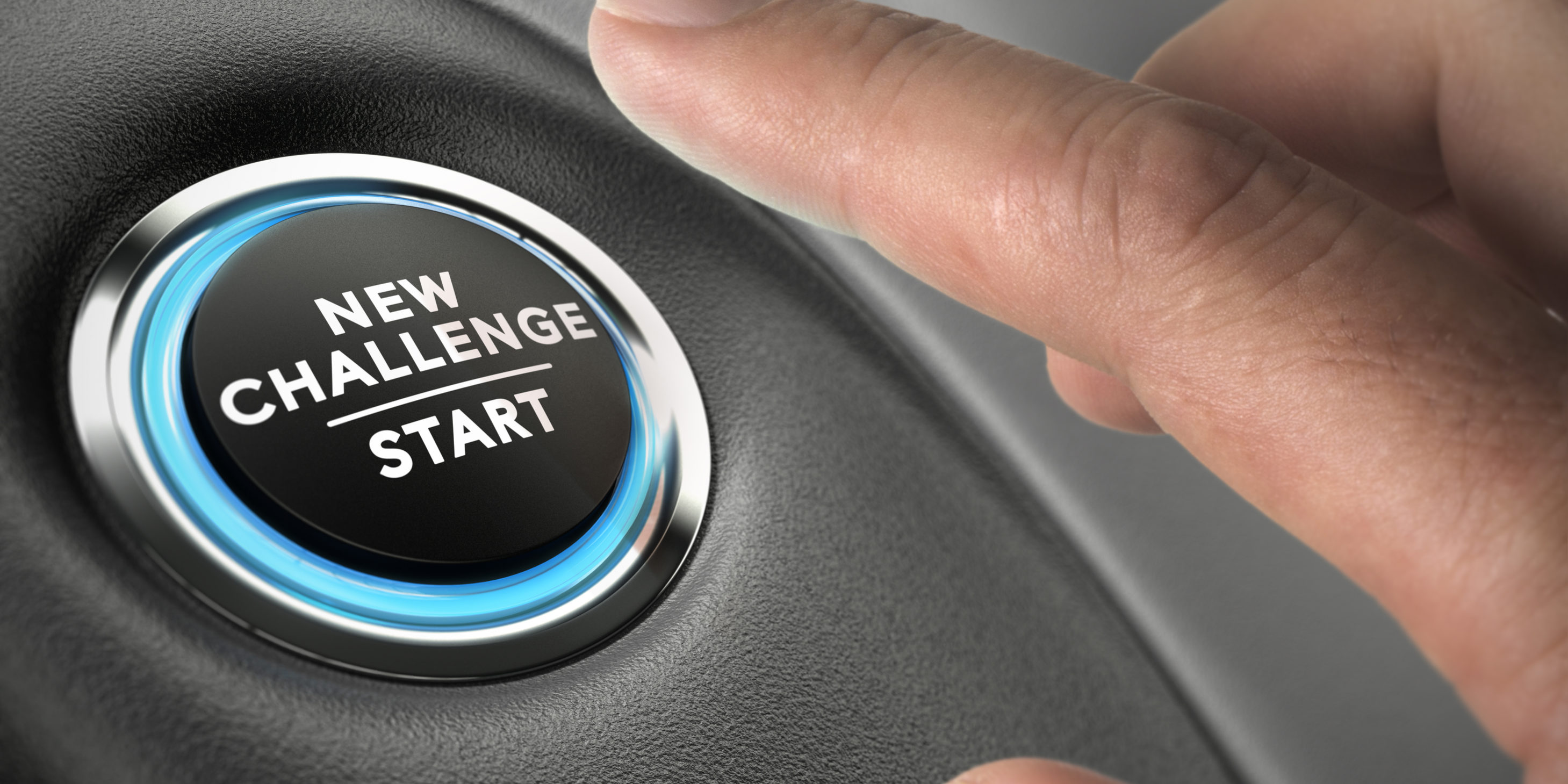 What is the most challenging sale you have ever made? What made it so hard? What lessons did you learn from the experience?

As a lifelong enterprise sales professional (25+ years and counting), I’d submit that the hardest sale is always the first sale.  Landing your first paying customer is an incredibly daunting challenge for even the best sales people. In fact, many sales reps try and fail miserably at missionary sales. Missionary sales simply is not for the faint of heart.

My father always used to tell me growing up that I was a “glutton for punishment”. I didn’t understand at the time what it meant and thought he was insulting me.  With life experience, I’ve come to appreciate what he meant and now take it as a huge compliment. Being the middle child in a fiercely competitive family molded me into the sales professional that I am today.

My first sales mentor in enterprise sales used to describe me in a similar analogy to my father’s “glutton for punishment” label.  He used to say: “If Crepeau (I don’t know why but my whole life people love calling me by my last name) is walking through a huge playground with lots of pick-up basketball games going on…he’ll stop at the one that Michael Jordan is playing in and want to compete against Jordan. And he won’t quit playing until he wins one game. So he may very well be out there until the sun is setting, but he won’t stop competing until he wins.”

So my hyper competitive nature has served me well in my sales career. I have needed to learn how to channel that competitive streak into a constructive nature and still struggle with losing.  Hell, I’m a sore loser and always will be…but I digress and now back to the most challenging sale.

So due to my perverse addiction to the biggest challenge out there, I’ve always been drawn to pure start-up software selling to the enterprise opportunities.  My first software sales job in 1989 was a boot strapped start up selling applicant tracking systems to large companies. It was bleeding edge technology at the time as we scanned in resumes, used Artificial Intelligence (AI) extraction routines to create an applicant record from an ASCII text file and then indexed the text file for sophisticated resume searching against open jobs. It was pretty to cool to demo to the Head of Recruiting at a large company and see their amazement at what our technology could do.

Our biggest competitor was a sexy blue chip VC backed company by the name of Resumix. They were based in the mecca of technology, right in the heart of Silicon Valley. We were based in the outskirts of Boston, with zero VC backing.  I was employee number 10.  We were competing on a very large deal at Bank One (now owned by JP Morgan Chase via $58B acquisition in 2004). In fact, it would turn out to be the largest deal in our company’s history. But it was an extremely competitive deal where Resumix had done a good job of winning over some of the key stakeholders that would have a vote in the decision.

Resumix had “patent pending AI requisition matching” capabilities that really dazzled a lot of people. The irony is that their “patent pending” never got formally approved, but they always lead with that tagline. In any event, their positioning was all around the fact that their AI technology made smarter decisions then recruiters. Our positioning was that our solution was developed by recruiters for recruiters. We helped them become more efficient by adding technology to what was a very manual, tediously slow process. But we never purported to replace recruiters or make smarter decisions than recruiters through our software.

Bank One was receiving well over 100,000 resumes per year and filling thousands of positions each year.  That’s a lot of resumes for recruiters to manually review each one and determine who made the cut and who was qualified or not. In short, our value prop was that instead of hiring more recruiters, we could help make your existing recruiters more efficient. We also could capture the tribal recruiting search nest practices by tuning our search engine algorithm based on who made the short list and who actually was hired for a certain job.

Late in the sales cycle, Bank One asked us to meet with their Head of Recruiting for Non-Exempt jobs.  Non-exempt jobs are jobs that are hourly paid workers, anachronistically referred to as “blue collar” positions vs. “white collar” positions. Non-exempt candidates typically filled out paper applications at a Bank One branch and submitted it there too.  Bank Teller positions were considered non-exempt and were hourly positions at the time. They did not require a resume, which all of the white collar positions did require.

This created a huge curveball for both us and Resumix because neither one of our systems could process hand written applications.  The problem also was that the hired thousands of Tellers every year and needed to process tens of thousands of hand written applications at their Branches.  So after the sales call, I made a pit stop with my Sales Engineer (SE) to a Bank One branch and we grabbed a Bank One paper application form.

It was an ugly and long application form. In fact, it was 16 pages in length to account for multiple job and educational experiences that applicants may have had depending on how many jobs they have had in their career.   I actually couldn’t believe that people would have the patience to fill it out…but if you needed a job and Bank One was a great company to work for.  We conducted more discovery with their Head of Recruiting for Non-Exempt and found out very interesting things.  We learned that the manual handwritten applicant process was causing much more pain for Bank One then the resume, white collar recruiting process.

We dug in and learned that it took 20-30 minutes for an applicant to fill out a Bank One hand written application form.  Many non-exempt applicants would abandon the form partially way through the process because it was too lengthy and they gave up.  Because Bank One was such a desirable employer, there were huge applicant lines in their branches waiting to fill out and turn in the applications. This was creating disruption in their branches as there wasn’t enough space for their customers and Bank One felt they were actually losing customers due to this.

As previously mentioned, this was essentially a dead heat competitive battle at Bank One.  Resumix basically told Bank One that they couldn’t do anything with the handwritten applications. I asked for some time to run the handwritten application problem by our development team. I recognized that this might be the differentiator that could win us this massive deal.  Our software was highly customizable, which was very innovative at the time.  So I thought perhaps we can create a prototype of a Kiosk application based on Bank One’s actual application and see if they would fund the development of a new product for us.

I presented a business case to our CEO and he bought off on building a Kiosk Self Application prototype for Bank One. I then circled back with the exec team at Bank One and invited them out to our offices in Boston for a two-day exec summit, including some customer reference visits at Fidelity and some of our other marquis customers based in Boston.  We surprised them by bringing in our Head of Development during the summit and saying we have something we’ve been working on that we want to show you.  It was the Kiosk Application based on the first two pages of their handwritten application form.

It did some clever things that you can do through software that you can’t do through a manual, paper driven process like conditionally required fields, auto populating fields based on responses, drop down tables, etc. Bank One was blown away! They went bonkers and had a million questions about how it would work in practice, how much would it cost, etc. I then asked them the million-dollar question; if we developed this Kiosk Application collaboratively with them would they co-fund the development and go with us for their entire enterprise applicant tracking solution.  They said yes and we won the deal largely by agreeing to build a new product that was not on our product roadmap at all, but solved a very painful problem uniquely for Bank One.

Based on my experiences, here is my definition of what constitutes as a missionary sale:

Kudos to all my fellow “gluttons for punishment” out there that are perversely drawn into the missionary sales world!