What First Impression Are You Making? 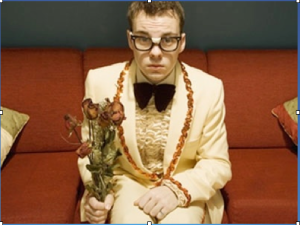 Recently I’ve been reminded of the old adage: “You never get a second chance to make a first impression.”  That quote has been attributed to Oscar Wilde, Will Rogers and Mark Twain among others.  Suffice to say that it resonates with a lot of people, particularly those of us who are lifelong sales professionals.

Personally, I would amend it to be: “You never get a second chance to make a positive first impression.”  Every day I receive scores of emails and cold calls from various sales reps pitching their wares.  The vast majority of these sales pitches are terrible and quite ineffective.  In fact, they commonly achieve the opposite end result of their intention, which is to turn me off completely to their company, product or service.

How does your sales team open up a call or meeting with a prospect?  Did they do any research on the company or stakeholder prior to emailing them or calling them?  I actually received a cold email last week which started out by saying: “I’ve been following you and love what your company is doing!”  I replied by asking the sales rep exactly what it was about our company that he loved and how has he been following us.  He never replied because I called out his weak bluff on attempting to personalize the email.

Just yesterday, we had an introductory call with a sales rep for a company that produces B2B webinars for startups that are trying to engage and sell to the F1000.  He changed the start time of the conference call at the last minute because he had an internal company meeting, which apparently was a higher priority than a prospect call.  Then when we attempted to dial in to the conf call number that he had provided us with, we discovered the password that he provided didn’t work.

My colleague ended up having to generate a three-way conf call through his cell phone to conduct the intro call.  The sales rep constantly and rudely talked over my colleague, who happened to be the decision maker as the CEO of the startup that was considering this webinar service.  The sales rep was conducting the call in an open hotel lobby with tons of background noise, which made it impossible to hear what he was saying.

The entire call was actually quite offensive to me as a sales professional!  I asked some very basic questions about how their webinar promotional efforts worked and he couldn’t give me a straight answer.  And then to make matters worse, he grossly embellished and flat out lied about the size of their email database.  The minimum cost of sponsoring one of their webinars is $10,000, which is not a trivial number for a boot strapped start-up.  Needless to say, both my colleague and I would never consider doing business with that company based on our first impression and experience.

What was most disconcerting about this entire story?  The sales rep was totally oblivious about how badly he screwed up the whole intro call.   He was talking about the next meeting to further the sales discussion… the problem being that there won’t be a next meeting.  Did this sales rep enter our call as an early stage opportunity on their SFA system?  Most likely he did and I suspect that his win rates are incredibly low, but remember even a blind squirrel finds a nut sometimes:-)

I’m reminded of the scene in the movie “Boiler Room” where Giovanni Ribisi coaches a newspaper sales rep who gives him a terrible intro sales pitch over the phone:  https://www.youtube.com/watch?v=64cj7Q9c_YA

What first impression are your sales reps making?