What Does The Future B2B Sales Warrior Look Like? 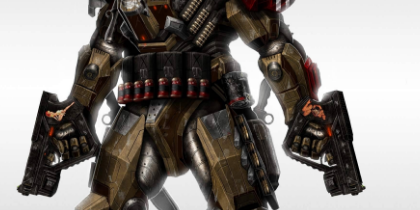 What does the future B2B sales rep look like?  I was musing on this very subject a few weeks back with a long time colleague.  We started to riff on this and our creative juices started to flow.  Plus we were both a bit punchy as it was late Friday afternoon and it had been a long week for both of us.  There are many industry pundits such as Gartner (https://www.forrester.com/report/Death+Of+A+B2B+Salesman/-/E-RES122288) whom forecast a rather bleak future for the B2B sales rep… to the tune of 1 million B2B sales reps losing their jobs by 2020 and being replaced by self-service e-commerce solutions.

Whereas, I see more of an evolution in the B2B sales role and an era of specialization emerging. By this, I mean that there will be new, highly focused B2B sales roles being created. For example, today you have sales development reps, inside sales reps, outside sales reps, sales engineers and front line sales managers. I envision a B2B sales team in the future being comprised of resources that are highly skilled at parts of an abstract buying journey and associated sales process.

For example, conducting effective discovery and discernment is a foundational component of any top performing sales team. I’ve always maintained that if you show me a top performer sales rep or team, then I’ll unequivocally state that you are really showing me a sales rep or team that out discovers their peers and competitors. I’ll confidently raise the stakes and state that the sales rep or team that are really good at sales discovery and discernment win your largest deals, win at a higher conversion rates, and forecasts most accurately. Why? Because as a result of their discovery, they have more and better information to formulate the best sales strategy. They also tend to discern when to walk from an opportunity because it isn’t a good fit or it’s a deal not worth winning.

My vision of the future B2B sales rep is that this role will be sub divided into specialists who will exclusively focus on and “own” the part of the process that they are experts on… like discovery. You will have a new enterprise B2B sales role called The Discoverer & Discerner (The D&D for short). They won’t have territories or named accounts like today. Instead, they’ll own the discovery and discernment stage of your Buyer’s Journey for all early stage opportunities. The D&D will decide which sales opportunities you’ll ultimately pursue, why you’ll pursue them and the sales strategy that you’ll employ with each sales opportunity.

Next you’ll see a sales specialist role emerge called The Storyteller. They are experts at telling a tailored and compelling sales story to early stage prospects. They know how to tailor the story for each key stakeholder that you need to engage as part of your sales process. They know how to engage an individual or a larger audience and challenge them to think differently about their business status quo and why it has to change for improvement. The Storyteller will have a great sense of humor and wit, and be able to think quickly on their feet. They will be fearless and not intimidated by any level executive or situation. The Storyteller will win the early hearts and minds of your prospects by bringing real value and insight to the conversation.

The role of front line sales manager will also be sub divided up into areas of specialization and expertise. Perhaps the most important new B2B sales manager role will be The Coach. The Coach is the master of knowing exactly the right thing to say or do is in the heat of the moment. The Coach will have the ability to connect virtually with a body camera and audio device to any sales rep that has an interaction with the prospect. They can “listen in” or “watch in” via live audio and video feeds. They can provide real time sales coaching by calling the right sales play to run and execute based on what they are hearing or seeing happen in the prospect interaction. They’ll do this by verbally walking the B2B sales rep through what they should say or do next based on what the prospect is saying or doing. The Coach will have a wireless connection to an ear bud the B2B sales rep having the prospect interaction is wearing. They’ll have to get used to a delayed response to allow for succinct coaching to be transmitted through verbal instruction or a simulated best practices example like a video being seen only by the B2B sales rep through futuristic eyewear or optical implants. And yes I said implants, as we’ll all have to make sacrifices to excel at the craft we have chosen to pursue and succeed at:-)

Another role that will be evolving from the old, single from line sales manager is The Closer. When I think of The Closer, I think of the old door-to-door vacuum sales model. The Demonstrator was the young kid that would ring the doorbells and get you to agree to let them pour dirt on your carpet. The Closer drives a van full of Demonstrators around to a neighborhood. The Demonstrators get out, divide up the neighborhood and start pouring dirt and demonstrating their vacuum. When they get a “live one”, or a prospect that shows any level of interest or asks about the price, then they radio in The Closer. The Closer knows every objection possible and how to overcome them. He/she is a master of closing the deal on the spot. Much to the chagrin of the stunned husband or wife who just bought a new vacuum that they didn’t need and realize it’s too late as the door closes and their credit card has already been charged.

There is yet another new specialized role that will emerge in the future of B2B sales manager and that is The Fixer. The Fixer is an expert at being inserted into a bad sales situation and restores it to a positive state. The Fixer is analogous to The Cleaner in the classic movie “Pulp Fiction”. Harvey Keitel plays the role of Winston Wolf, aka The Cleaner. He introduces himself by saying: “I solve problems.” The Fixer has a no nonsense way of figuring out what the problem is and the best way to solve it. Here is a fun video clip of The Cleaner scene in Pulp Fiction: (Warning this is NSFW with salty adult language: https://www.youtube.com/watch?v=wWmRTjLRMfU). If you’ve been in enterprise B2B sales for any period of time, then you know all huge deals go “off the rails” at one time or another. It’s not really a question of if, but rather when and how bad it will be. The Fixer has seen every possible way a deal goes off the rails and knows all the best ways to get it back on track and in the most expedient fashion possible. The Fixer can also tell you when a deal can’t be resurrected or when it isn’t worth trying to resurrect.

My vision for the future role of the sales development and inside sales rep also entails splitting up into micro areas of focus and expertise. I would envision a lot of different, micro roles such as: The Caller, The Emailer…could morph into The Texter or The Chatterer, The Social Media Builder, The Nurturer, The Gather, The Researcher and The Hunter. Some are excellent speaking on the phone with prospects, while other excel at engaging in the virtual world or through social media. Others excel at researching accounts, stakeholders, etc. that can help make your outbound business development efforts more personalized and effective.

I’d be curious to learn what you think the future dynamics and composition of the B2B sales team will look like…feel free to share your ideas!