My Worst Day in Sales 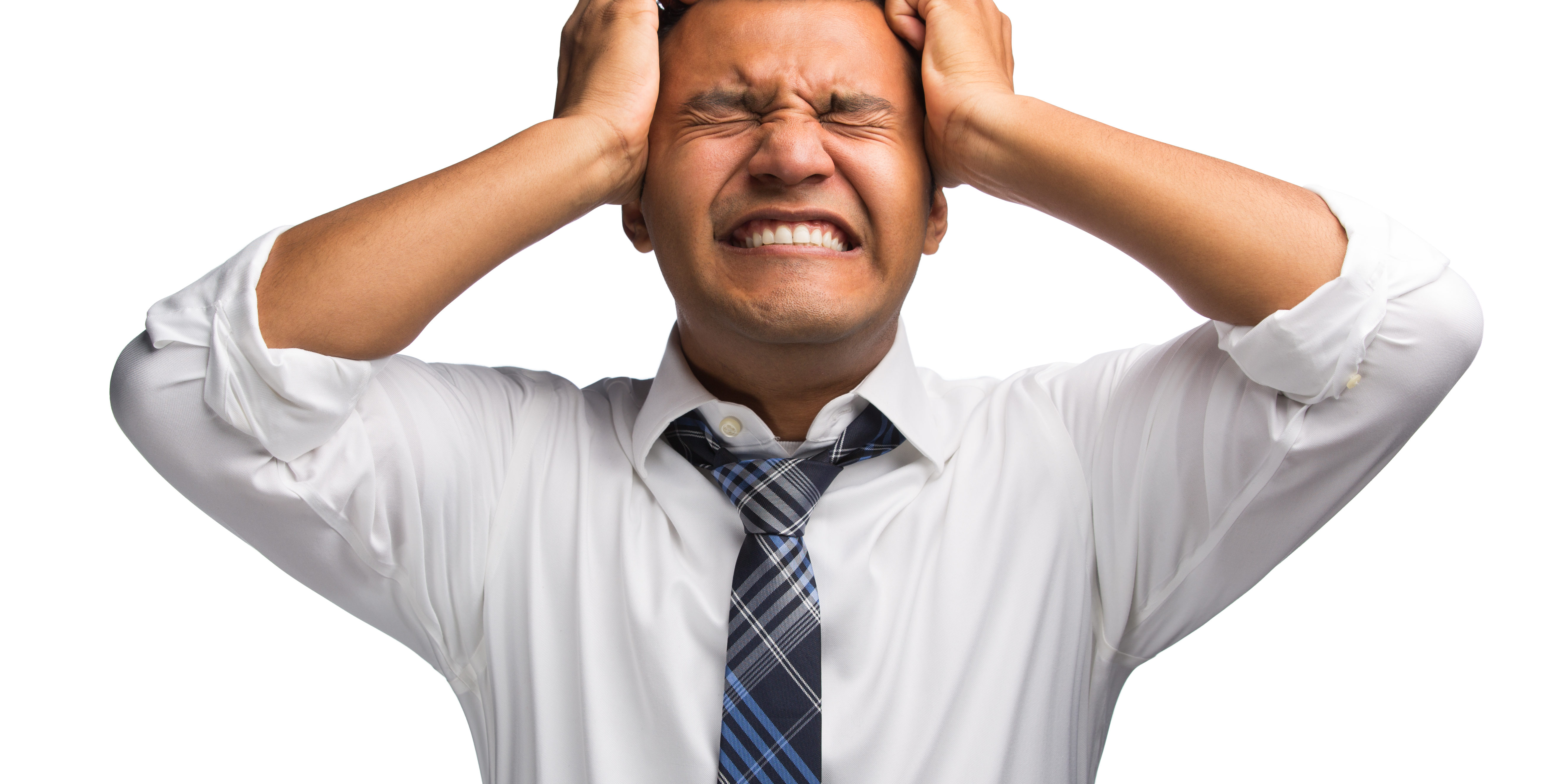 My Worst Day in Sales

I remember it vividly, as if it were just yesterday. It was my worst day in sales. I had been selling software for 5-6 years at that point in my career. Still had a ton to learn and lots of room to grow as a sales professional. But I was feeling pretty good about myself.

My income had trended up every year by a decent percentage.  I was confident enough in my commission earning ability to buy my first house and a new car. We were a relatively small sales team, but I was fortunate to have become the top individual sales performer in the company for the past few years in a row. Mind you that I’m from New England and still had my first communion money hidden under my mattress, so it’s not like I was buying the cliché Rolex watch and standard issue enterprise software sales Brooks Brother suits yet.

My company was based in Boston and we used to sell through our product demo. At the time, I was single and didn’t have any kids. So, I’d tell my inside sales development rep (SDR) to book a ton of sales calls on the west coast and I would spend two weeks at a clip in California peddling our wares. Coincidentally, this is the time in my life when I fell in love with the San Francisco bay area. And this is the sales job that led me to relocating to the SF bay area just a few short years later, which is where I still reside some 20 odd years later.

My SDR had done a great job and booked a ton of sales calls in San Francisco and Silicon Valley. One of the sales calls had me really pumped up.  We were fully engaged in a sales cycle with a Fortune 1000 company (who shall remain anonymous to protect both the innocent and the guilty) that was in the midst of a serious evaluation between us and our top competitor. We had been shortlisted as one of two software providers that they were considering to purchase. And based on our initial RFP response and ballpark pricing proposals, it was going to be a huge purchase.

I read through their RFP and our response until I could recite it chapter and verse. We had invested a lot of time with them understanding their decision criteria and business drivers.  We had connected on a personal level with several their key stakeholders and were getting good coaching from them.  We were systematically doing all of the fundamentally sound sales blocking and tackling to get selected to the short list of the final two vendors. I felt prepared and confident that we would win this deal.

My sales engineer (SE) and I spent all of Thursday cooped up in the Burlingame Marriott hotel preparing and rehearsing. It was full two day bake off against our hated #1 competitor. The first day was divided into two sections. The first half of the day, the prospect grilled us on our RFP response and subsequent proposals and statements of work (SOW).  They reviewed our technical architecture in excruciating detail. They want to know specifics with respect to how our software would integrate with their other back office ERP systems. They wanted to know about the performance and scalability of our software. What was our QA and testing process like? How did our worldwide customer support work? What were the qualifications of our professional services team? It seemed like they asked for our dental records by the time the morning session was over.

My SE did an amazing job, as he always did and deftly handled the technical grilling and interrogation process. I attempted to handle all of the business issues to the best of my ability. We broke for lunch and my SE and I tried to debrief as discreetly as possible while huddled off in a corner of their massive HQ cafeteria. We both felt reasonably good about our performance so far and the afternoon session was a live demo working against their scenarios that they would provide us without any advance notice.

We had anticipated what scenarios they would provide us with based on all of the prior meetings/conversations, their RFP and the coaching that we got from our internal Champion. Again, we felt that we were well prepared. And then the afternoon session started…

They gave us their first use case scenario.  We had to show through our demo how our software would actually automate that process.  I started to read through it with my SE in front of this large customer audience and immediately felt a huge knot start to form in my stomach. It was if someone who knew all the intimate details of where all the major holes in our software were had written this use case scenario. It turns out that was actually the case. Then it got worse…

We knew how to pull a sleight of hand to disguise the weak spots and holes in our software when showing our demo.  But what we had not anticipated was that our competitor had planted some moles in the audience and had explicitly coached them on how to expose all of the flaws in our software. Before we could establish any demo rhythm at all, we were barraged with questions by the same 3 people in the audience. Some might say that they were being unprofessional and hugely rude in their attempts to sabotage us, but that just sounds like sour grapes.

We battled for three solid hours with these competitive Champions and proponents and got our ass kicked. Our Champion was simply outnumbered and outranked. I remember making eye contact with him about halfway through this sales massacre and trying to plead for help in a non-verbal way.  To no avail, we were on our own and everyone know how a massacre ends.

We went back to the Marriott and drowned our sorrows at the Hotel bar. Thank god, they were well stocked with Grey Goose vodka as we tried our best to dull our senses and forget about the ass whupping we took. We watched ESPN on the bar TV and an endless stream of inane sports conversation ensued. I’m pretty sure we ordered dinner at the bar and only left our barstools when they told us they were closing.

The next morning at 5:30am local time, my phone rings. It’s the CEO of our company telling me to come home. The customer called him and told him that we were no longer under consideration based on our performance the day before. I had lost deals to our #1 competitor before, but never this harshly.  I waited for a few hours and then called my SE to let him know that we needed to book a flight back to Boston because we didn’t need to stick around until Monday for the second day of the bake off…we’d lost based on yesterday’s performance.

It was absolutely the longest, most painful cross country flight that I have ever made in my life. Even though I’m steadfastly an “aisle guy”, in this instance I compliantly took my window seat and stared out the window for 5+ hours reliving the painful experience. I second guessed myself and our preparation. What could I have done differently to change the outcome? Was our software really that inferior to our competitor’s software?

It was a demoralizing experience. Then on Monday, we had to debrief with our leadership team. It was one of the most sobering meetings that I have ever been part of in my career. I had to tell them that our product was not competitive for the enterprise deals against our top competitor’s product which was enterprise class. We ended up scoping what we would need to build into our product that would make us competitive again and capable of beating our top competitor for the enterprise deals.

It took 18 months to build our new enterprise product. For the first and only time in my individual sales contributor career, I earned less money than I had the year before. We were forced to compete very creatively during this timeframe.  We had to qualify hard to ensure that it was not an enterprise opportunity, because we knew that we would be exposed and lose those deals. We competed on price and I discounted to win business. I always prided myself on selling the premium solution and then being responsible for proving the value to the customer. Now I was selling purely on price…it was an incredibly humbling experience for me. I hated every second of it and internally seethed.

Fast forward 18 months and we now had the new product. I was relishing the opportunity to compete for the enterprise deals head to head with our dreaded competitor. They were incredibly arrogant and had filed to go public.  Their #1 sales rep was the SF Bay Area rep that humiliated me 18 months earlier. We knew each other well from trade shows and bumping into each other in various customer lobbies during back to back sales calls and bake offs.

I relocated from Boston to the SF bay area and opened up our first satellite office in Mountain View.  One day a letter arrived in our new Mountain View office addressed to me. It was a picture of a lion taking a shit with the heading: “Welcome to the Jungle!”.  It was from my competitor’s top sales rep. I’ve always been a bit Spartan when it comes to decorating my walls (both office and at home). Did I put up all of my top sales performer awards and plaques? No, the only thing that I put up on the office wall was the picture of the lion and welcome from my competitor.

It’s a story for another day, but fast forward another 18 months and with our new product we figured out a blueprint for how to beat our top competitor. We went on to win 17 of 18 enterprise deals. They were forced to pull back from their IPO due to their poor financial results and ended up doing a fire sale to a legacy HR company. We went through a successful IPO and their top sales rep got fired for not winning one head to head enterprise deal against me for over a year plus. Then and only then did I take down the picture of the lion. But I will never forget the lessons learned from the worst day of my sales life.