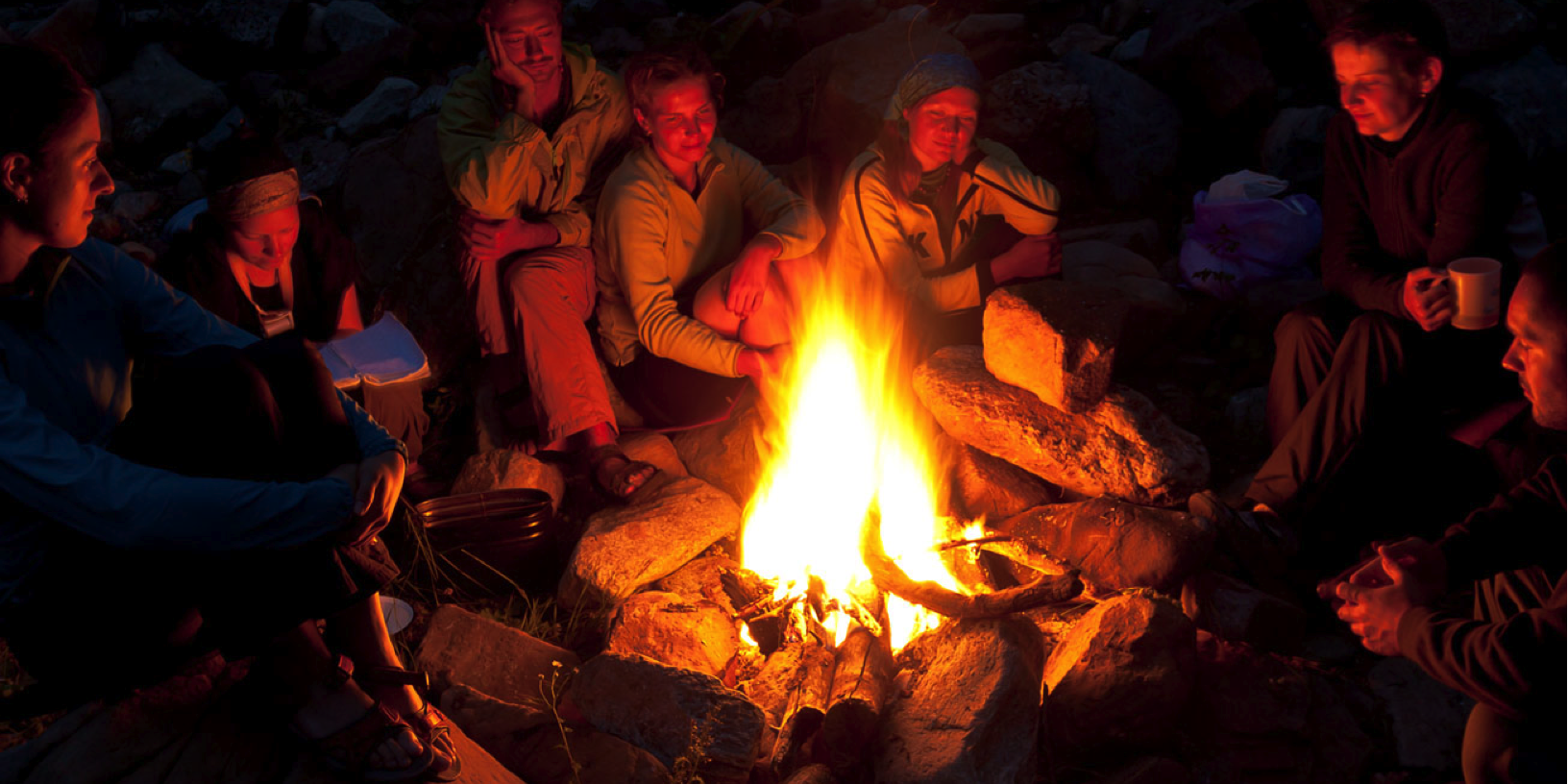 I got together with an old colleague and his sales team for dinner the other night.  It was a blast as each one of us enterprise software sales veterans tried to outdo the other with our respective sales war stories.  Suffice to say, there was ample material between us to write several lengthy novels.  Some of which would not be suitable reading material for anything less than mature adult audiences.

By way of context, they all work for a hot start-up that recently closed a substantial funding round.  They need to figure out how to scale the business rapidly over the next few years.  I know that sounds cliche, but this is Silicon Valley.  My old colleague heads up the sales team and most of his key lieutenants joined us for the dinner conversation.  We were discussing how to onboard and ramp up new sales team members most effectively.

Ironically, all of them had worked with another old sales rep of mine that was not at the dinner or part of their company… not yet anyway:-).  They had actually worked with my old sales rep at several different companies and so I shared his onboarding story with them.  Please note that all names (company and individual) have been sanitized in order to protect the innocent in this real world sales story…

It was his second week on board with my company at the time, so as his VP of Sales; I scheduled 3-4 days of sales calls and customer meetings in his territory. The plan was that I would introduce him to several of the key existing customers in his patch, lead the sales calls and generally show him the ropes related to our software product pitch, positioning, etc.

Our first meeting was with a long time client in the Midwest (that was his sales territory), who happened to be a blue chip F1000 Company.  So I flew into town from Boston the night before our first customer meeting and we went out for our obligatory sales road dinner at a very nice Italian restaurant complete with some great red wine to prepare us for battle.  I walked him through the customers and prospects that we were meeting that week and provided some context as to the sales opportunities related to each of them, where we were in the sales cycle, what the competitive landscape was, who the key stakeholders that we’d be meeting with were and what their respective hot buttons were, etc.

We leave the Marriott hotel bright and early the next morning to meet with our first customer and introduce him to the account.  Again, this company is a well-known Fortune 1000 company and we were going to their corporate HQ in the Midwest. We rolled our matching TUMI road warrior bags up to the HQ lobby receptionist and signed in.  Our customer host for the meeting promptly showed up and led us into a standard issue corporate conference room.  So far, this is about as typical of a field sales call day as it gets.

The first sign that something was off was the number of people in the conference room.  We were expecting 2-3 people from their end to attend the meeting and there were 15 people in the room.  Then as we’re going around the conference room table making introductions, it also struck me that there were several high-ranking execs in this meeting that weren’t supposed to be there.  “What the hell is going on here?”, I asked myself, as this meeting was set up with the intent to introduce my new sales rep to his account and discuss a moderately priced upgrade proposal with their Director and his lead IT guy.

Then as if rehearsed for weeks, all the heads around table turned almost in perfect unison to the ranking exec (the EVP who reported directly to the CEO) at the end of the table directly next to me.  He proceeded to chew us out in the most profane language for 40 straight minutes.   I was fascinated by the veins in his forehead bulging as he regaled his team with a steady stream of derisive comments about how our product sucked, how we were the worst customer service organization that he had ever worked with in his life.  I must admit that it was a command, Oscar winning worthy performance.  I recall thinking to myself “wow, he really hates us”.

And for dramatic flair, he picks up a stack of papers and shakes it directly in my face and says we have a proposal from your top competitor and we’re ready to throw your ass out and tell the world about it.  It occurred to me that he was deadly serious about this and what the hell were we going to do about this.  At the conclusion of his diatribe, which effectively eviscerated us, there was complete silence in the room.  After a prolonged pause, he asked me what our response to this was going to be.

Being the Midwest, I asked the EVP when was the last time he bought a new car. Everyone around the table laughed at my non sequitur but it accomplished my goal, which was to start to defuse the tension in the room. He graciously replied by laughing and saying “just last month, why do you ask?”. I replied by asking him “which car models did you consider as part of your evaluation and decision process”. Being the Midwest, his response was not surprising in that he considered a Ford, a GM vehicle and a Chrysler. I then asked which car he ended up buying. He said the Ford. I then asked if he test drove the 1956 Ford as part of his evaluation and decision process.

He was now growing frustrated with me and the conference room full of all his key lieutenants were wondering what the hell was I doing with this line of questioning. He said “Of course not, why would I test drive the 1956 Ford when I’m buying a car in 1996?”. I replied that was exactly my point….they were running a really old version of our software that we didn’t support anymore. In fact, we had been trying to get them to upgrade for several years now and they stubbornly had refused. The current version of our software was vastly superior in capabilities and the value it provided then the version they were running on.

In fact I continued, it was the same software that was running successfully at many other large enterprises just like theirs and delivering great experiences and value to those customers. The current version of our software was competing against the very competitor that he had threatened to replace us with and we were winning the lion’s share of those head to head battles. I had recently read an article about how the major release cycles in the software industry had compressed to 6 months or once a year at the time and how that compared to other industries like the automotive industry, which at the time would introduce a completely new model once every 5-7 years in some instances.

I had extrapolated that the version of our software that they were running on was the equivalent of a 40 year old version of a car in the automotive industry. Hence the reference to the 1956 Ford. I told him that if he could commit to granting us a level playing field and objective evaluation of our 1996 software/car, then we would gladly commit to competing to keep their business. He needed to recognize that it wasn’t fair for him to expect our support team to support the 1956 version of our software anymore. We had communicated that to them over the past few years and they had chosen to ignore it.  Yes, we (sales) actually backed up our customer support team in the field with a negative customer.

Finally, their evaluation team would need to consider the functionality of our 1996 software/car, not the old 1956 clunker version that they were using. It worked. He agreed and we ended up going through a lengthy enterprise software evaluation and ultimately closed a $1M+ deal with them beating our hated competitor. I’ll never forget the look on my new sales rep’s face when we got back to the Hertz rental car in their HQ parking lot (ironically it was a Ford as you can’t make this shit up:-) and I asked how he thought our first customer meeting went.  He was white as a ghost and we both started to crack up laughing hysterically.  All I could think of was the old quip: “Other than that Mrs. Lincoln, how did you like the play?”.

From a new sales rep onboarding perspective, it was truly baptism under fire! This was a real world sales story with no embellishment required. This was real Challenger Selling before the Corporate Executive Board (CEB) validated it through their wonderful research, book and subsequent cottage industry. Many of us veteran enterprise software sales reps have similar stories. My response to the SVP was risky, but calculated. I really didn’t have much to lose at that point by challenging him in front of his team. I decided that we weren’t going down without a fight, so I started swinging hard and furiously as if my sales life depended on it.