Are You a True Competitor? 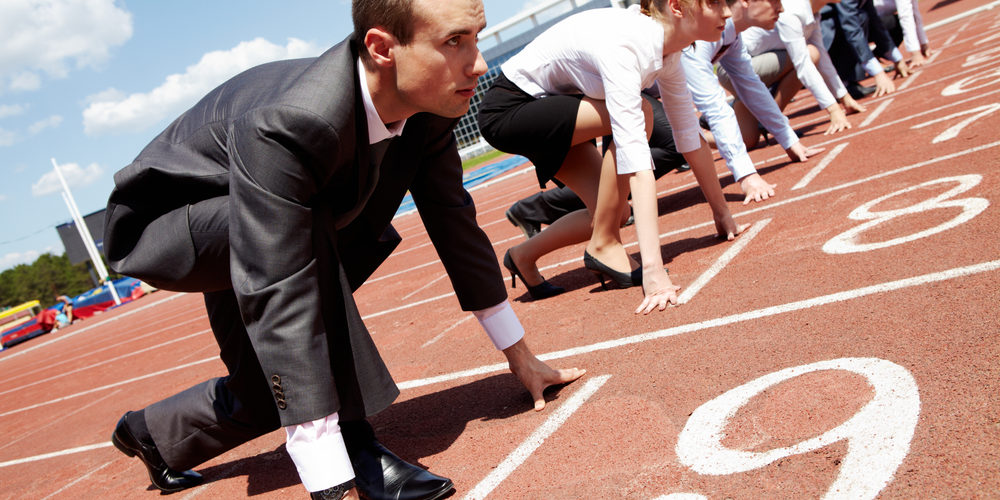 “Steve, you have to compete every day of your life and never give up!” Those were frequent words of advice from my Grandfather. He was born in 1900 and emigrated from Canada to Haverhill, Massachusetts when he was a very young child. His parents didn’t speak English. They only spoke French, so he had to learn English at school. His Mother died when he was young and he was an only child at the time. His Father remarried and had some more children with his new wife. His Stepmother treated him like an outsider and was quite cruel to him.  Starting to sound like a Disney movie yet?

My Grandfather had to drop out of school at a very young age to help earn money to support the family. He told me he would leave his house at sunrise and would look for any odd jobs to bring home 20 or 25 cents for working 10-12 hours. His Stepmother took from him any money that he earned. He really had a hard knock life growing up, so he lied about his age and enlisted in the Navy during World War I. The irony is that my Grandfather never learned how to swim and yet was in the Navy during WW I on boats and in the water that he was deathly afraid of for years. He sent home his meager Navy paycheck and asked his Stepmother to start a savings account for him so when he got out of the Navy he could have enough money saved to marry my Grandmother, who was his next door neighbor since they were both born.

Here’s the Disney movie twist, when my Grandfather got out of the Navy he found out that his Stepmother had spent all of the money that he was sending home to save and marry my Grandmother. So he was forced to sign back up again for another stint in the Navy to start all over again and save money to marry my Grandmother. This time he sent home his paychecks to my Grandmother to save in a bank account for him. This delayed their marriage by 4 years, so needless to say my Grandmother wasn’t terribly fond of my Grandfather’s Stepmother. My Grandparents lived through the Great Depression and worked incredibly hard to raise my Dad and Uncle. They saved their entire lives and bought a house. When my Uncle got married, as a wedding present my Grandparents gave him their house and they moved into an apartment. They never owned a home again for the rest of their lives. My Grandmother never had a driver’s license or drove a car in her life (she lived to be 93 years old) because they couldn’t afford two cars.

What did I learn from my Grandparents? That hard work, sacrifice, commitment and integrity are the keys to be successful in this world. My Grandfather always wanted to know what job I had and was I doing the absolute best that I could at that job. He helped to instill in me a competitive drive around always trying my hardest at any task or endeavor that I was undertaking. He modeled for me that your work ethic is what separates you from the rest and it can create great opportunities for you.

Why do I have such a freakishly strong competitive drive? It’s probably attributable to several factors. Growing up, my older brother was always bigger and stronger than me, which he reminded me of on almost a daily basis by a friendly big brother pounding on little brother:-) He took his responsibility of toughening me up very seriously, I can assure you. Then my younger sister was a freakishly gifted athlete and faster than me. So I couldn’t catch her in a foot race. Being the middle child of us three kids was the root cause of my competitive spirit developing early in life.

So when you are slower than your younger sister and weaker than your older brother, how the hell do you compete? At first it was incredibly frustrating because I would pretty much lose at everything. And growing up, my family was all about the competition whether it was sports, cards, playing Yahtzee, Ping-Pong, eating food, anything and everything was a competition.  Since I hate losing and was always losing at everything, I needed to figure out a way to win. At least some of the time:-) I came to the realization that I needed to be more clever when competing and have a better strategy to win because I wasn’t going to win solely on my athletic abilities.

I figured out that I could unnerve my sister during competition by trash talking her and getting under her skin. We would play tennis and while she was a better pure tennis player than me, she would lose every time because I’d get under her skin by trash talking and playing trick shots. With my brother, I’d only compete in games where strength wasn’t an advantage and that winning strategy determined the winner. We would play Ping-Pong endlessly and I would use spin shots to frustrate him while he would always try to slam the ball and hit it too hard. I was winning against him regularly and getting him to lose his temper was a factor.

I’m probably one of the only people that knew I wanted to be a professional salesman while in High School. I didn’t necessarily know what I wanted to sell. I just knew that I wanted to sell. The irony is that there isn’t a College degree or program for selling. So I got a degree in Business with a concentration in Marketing. Why did I want to sell? Because sales represented the purest opportunity to compete every day in my professional life. I ended up getting into enterprise software sales 25+ years ago. I started off as an inside sales rep cold calling and sending letters (yes, I said sending letters, aka snailmail:-) to target accounts and prospects. Then I graduated to an outside sales role and became the #1 sales rep in the company. I got promoted to a sales director role, opened up our west coast office and grew it to be the biggest revenue producing region in the company.  I was blessed to be part of the team over 7.5 years that grew the company (I was employee#10) and that culminated in a successful IPO.

Then I went on to become a VP of Sales and transitioned more into a strategic role and leading sales teams. I started my own company 10 years ago that specializes in B2B sales enablement services and outsourced sales services. I’ve been quite fortunate in my career and as I move into the “back nine”, sunset years of my career, I like to give back by mentoring and coaching sales professionals. It brings back fond memories of growing up with my Grandfather and competing with my siblings. I believe that the competitive spirit is innate. You are either hard wired to be competitive and it’s in your DNA or you aren’t. Some people hate conflict or will do anything to avoid a confrontation. That doesn’t mean anything negative, it’s just how they are hard wired.

True competitors relish a challenge. We seek conflict when we can affect a more positive outcome than the status quo. We drive change because progress and improvement aren’t optional to competitors. We lead and blaze new trails with an insatiable thirst to discover new and better ways. We relentlessly analyze process and seek optimization. We aren’t afraid to experiment and fail. Just fail fast and learn from each failure so as to not repeat it ever again. Are you a true competitor?